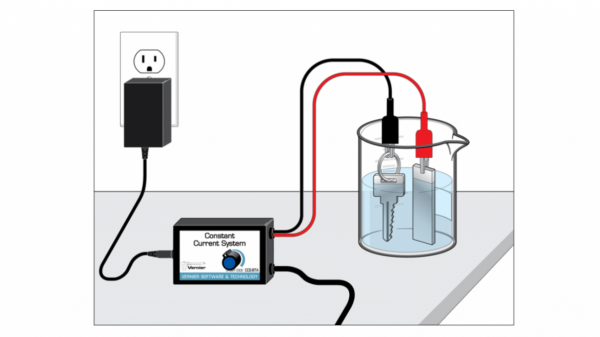 Chromium metal surface is covered by 1 layer of Cr2O3 thin film, so it has light blue silver.

Application of Chromium Metal In fact

So physical and chemical properties, chromium is used as an element to add to steel to improve resistance to corrosion and increase hardness, steel added Cr is called Stainless steel or stainless steel.

In metallurgy industry, to enhance surface resistance and corrosion resistance:

as an alloy component, such as in stainless steel for making knives and scissors.

Chromium is a component of ruby ​​red, so it is used in synthetic rubies.

Create a brilliant yellow of dyes and paints

Chromite is used as a mold for firing bricks and tiles.

Chromium salts are used in the tanning process.

Potassium dichromate (K2Cr2O7) is a chemical reagent, used in the cleaning of laboratory glassware as well as in the role of a titration agent. It is also used as a colorant (color stabilizer) for fabric dyes.

Chromium oxide (IV) (CrO2) is used in the manufacture of magnetic tapes, in which the resistance to magnetism is higher than that of iron oxide bands, which results in better performance.

In well drilling equipment as anti-corrosion.

In medicine, as a dietary supplement to lose weight, usually in the form of chromium chloride (III) or chromium picolinate (III) (CrCl3).

Hexacarbonyl chromium (Cr (CO) 6) is used as an additive for gasoline.

Chromium (III) (Cr2 (SO4) 3) sulfate is used as a green dye in paints, ceramics, varnishes and inks as well as in chromium processes.

Make nickel-chromium compound used in iron, electric stove, etc. (because it has a working temperature of about 1000-1100 degrees celsius)

What is chromium plating?

Chromium is an electrolytic coating of chromium metal on metal or chromium electroplating.

In which, Plating is considered as Cathode and Solvent is chromium solution.

What are the characteristics of chromium plating?
– As a hard metal coating
High melting temperature can be used at 450 0C without discoloration.
There is a characteristic green light because in air, chromium is passively oxygenated, forming a thin layer of thin oxide protected on the surface, preventing further oxidation of the metal at the bottom.
High gloss.
Fully passive in the air environment.
High-quality decorative features, capable of reaching mirror gloss.
Chemical corrosion resistance. Chromium only works with HCL acid or other hot concentrated acids, so the chromium layer is very resistant to corrosion in harsh environments, high temperatures and humidity.
Small friction coefficient: Increasing abrasion resistance and sliding friction for plating.
It is possible to create microscopic cracks that hold oil, suitable for sliding cylinders and silver.

Is a CROM ELECTRIC NETWORK

Chromium plating, often referred to simply as Chromium Plating, or chromium electroplating, is a electroplating technique for a thin layer of chrome metal.

The chrome layer can be decorated, anti-corrosion, enhance the gloss, or increase the surface hardness.

Sometimes the chromium layer aims to increase the aesthetics of the base metal.

1-Chromium plating is usually followed by the following process:

Metallic materials before being put into chromium need to achieve a gloss, so before metal chrome plating, metal needs to be polished mechanically, chemicals …

The purpose is to remove grease and dust from the machining process remaining on the metal surface.
Depending on the type of metal, use a different oil remover.

Catch up for chrome plating:

Complicating in the Chromium Plating Process is very complicated, requiring experienced workers to be able to Create Chromium Grade evenly on the plating surface.

After catching, we proceed to put Plating Material into the Galvanizing tank containing chromium solution.
Conduct Chromium Metal Plating, depending on the thickness of the Chromium layer, we choose the current mode as well as the plating time.

Crom3 + Plating
What is chromium plating 3+?

Chromium metal plating 3+ is an alternative to Chromium Chromium Plating 6.

The only difference is the chemical composition of the chromium solution.

The functional advantages of trivalent chromium are to create greater efficiency during chromium electroplating.

Due to lower toxicity reduces the cost of inhibiting evaporation and aerial fog filtering.

Other health advantages and including higher negative effects, lead to less chromium emissions; resulting in less chromium waste and anode is not decomposed.

The color of Chromium metal plating 3+ is not beautiful

Grade 3+ Hardness is much lower than Chromium 6+

Difficult to Control and Operate.

DECORATIVE CROM CEMENT is a solution to improve the aesthetics and corrosion resistance of metal products.

There is silver, bright blue eye-catching.

Some special cases can raise the thickness to about 0.01mm

The decorative chrome plating will normally be the final step in Chromium plating.

In which coatings such as Zinc Plating, Copper Plating, and Nickel Plating are often used in advance.

When measuring XI thickness, Chromium electroplating we often measure the thickness of Zinc, Copper, Nickel and Chromium plating, and usually it is from 15-25 um.

With a thickness of 15-25 um, the Galvanized layer consists of Copper-Nickel layers – Chromium can withstand 120h Salt water spray during the Anti-Corrosion test of the Product.